Vervactor® mineral potassium fertiliser is a modern granular fertiliser. The high proportion of potassium in combination with sulphur and calcium, as well as with magnesium and sodium, means that the fertiliser has a broad spectrum of coverage of the plant nutritional needs. As a result, Vervactor® accelerates plant growth and the quality of the tissues that form, while the stimulated root system enhances nutrient transport capacity. Vervactor® mineral potassium fertiliser activates the plant’s photosynthetic processes, carbohydrate, fat, and protein synthesis, and supports the plant thermal resistance. Due to the potassium contained in the fertiliser, the plants accumulate provitamin A and vitamins B1 and C, and the quality of the accumulated sugars also improves. In turn, the contribution of sulphur activates the detoxification of heavy metals and xenobiotics. Vervactor® is a versatile solution combining high activity with safety for crops! 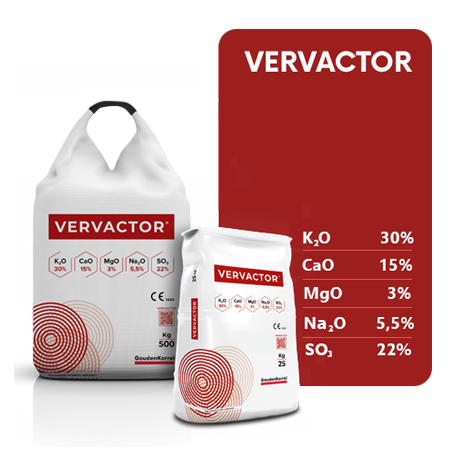 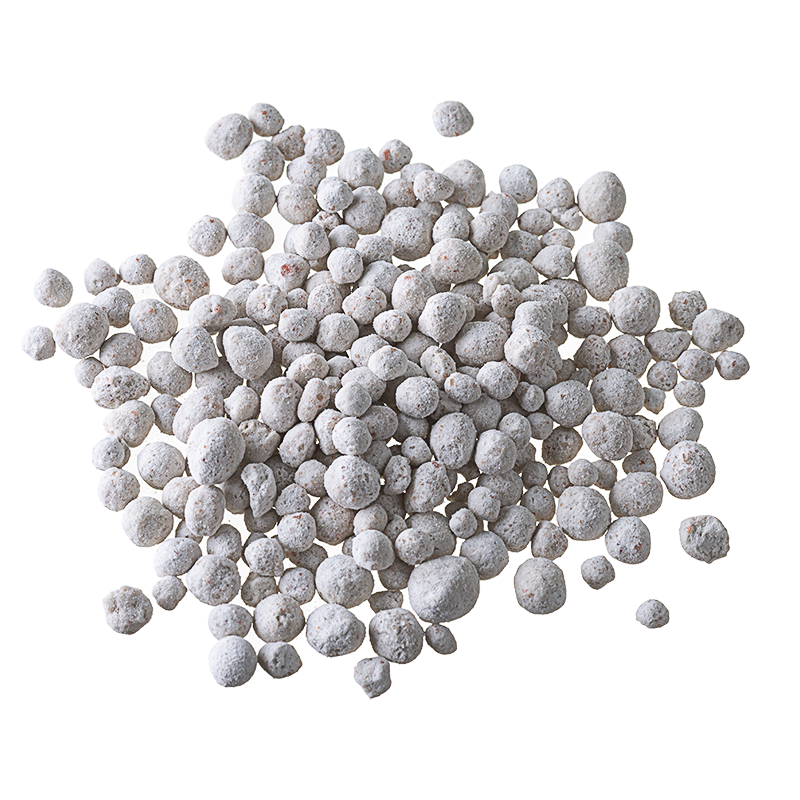 Effect of the Vervactor® mineral fertilizer on soil quality.

Soil is the most important source of nutrients for plants. Its abundance is determined by the number of components soluble in the soil solution and the pool of macro and microelements connected interchangeably with the sorption complex. More than 70% of Polish soils were formed mainly from Pleistocene clays and sands, strongly fuzzy and sorted by glacial waters, therefore it is assumed that as much as 40% of them are characterised by low quality and agricultural suitability (Krasowicz et al. 2011; Lekan and Terelak 1997). The unfavourable production conditions in Poland – compared to the neighbouring countries – are a major obstacle in obtaining higher yields Nevertheless, through the appropriate agrotechnical treatment, including fertilisation, soil fertility can be improved. It has been shown that correct and rational fertilisation has a positive effect on the volume, as well as the biological and technological value of plant yield (Kwiatkowski et al. 2006). In Poland, a total of 2,049,831 tonnes of mineral fertilisers are used annually, i.e. 140.2 kg·ha-1 of agricultural land. However, soils containing low and very low quantities of essential elements such as phosphorus, potassium and magnesium still represent between 27% (for Mg) and 37% (for K) of Poland’s agricultural land (Statistical Yearbook of Agriculture 2019). Therefore, in plant fertilisation, it is important to use mineral fertilisers with a high content of easily accessible elements contained in natural, chemically unprocessed raw materials. Vervactor® is a fertiliser that meets all of these strict criteria. It contains 30% K2O, 22% SO3, 15% CaO, 3% MgO and 5,5% Na2O. All of these essential mineral elements are in a water-soluble form, and thus easily accessible to plants. Vervactor® is designed for use directly before sowing the plants, as well as shortly after seedling.

Potassium in the mineral fertilizer Vervactor®

A special feature of the Vervactor® fertiliser is its high dose of potassium which – together with calcium – plays a key role in the process of plant water uptake. K+ and Ca2+ cations regulate the plants’ water management by controlling the transpiration process. Potassium ions cause the opening while the Ca2+ the closing of the leaf stomata apparatus. It has been shown that the potassium absorbed by plants affects the strengthening of their leaf cuticles, which reduces water evaporation. Also, an increase in its volume in the cellular juice results in its concentration, which also reduces transpiration. As a result of the beneficial impact of potassium on their water management, plants can utilise soil water reserves much better, which contributes to an increase in the yield by up to 30% (Czuba 2001). Even during a water shortage. According to recent studies, potassium ions activate more than 60 different enzyme reactions (Stępień et al. 2009, Marschner 2011, Tripathi et al. 2014). Potassium also increases the activity of photosynthesis and accelerates the movement of assimilates from leaves to other plant organs. It has been found that potassium stimulates the process of fat and protein synthesis in plants as well. Potassium increases the plants’ resistance to frost and diseases. It was also shown to have a beneficial effect on the postharvest life duration of plants. It has been shown that the macroelements which are taken up by plants mostly include nitrogen and potassium (Tab. 1.) Additionally, it also improves the plants’ frost and disease resistance and has a beneficial effect on their postharvest life duration.. Its content in plant ash is the highest among all other elements and amounts to 40% (Czuba 2001). 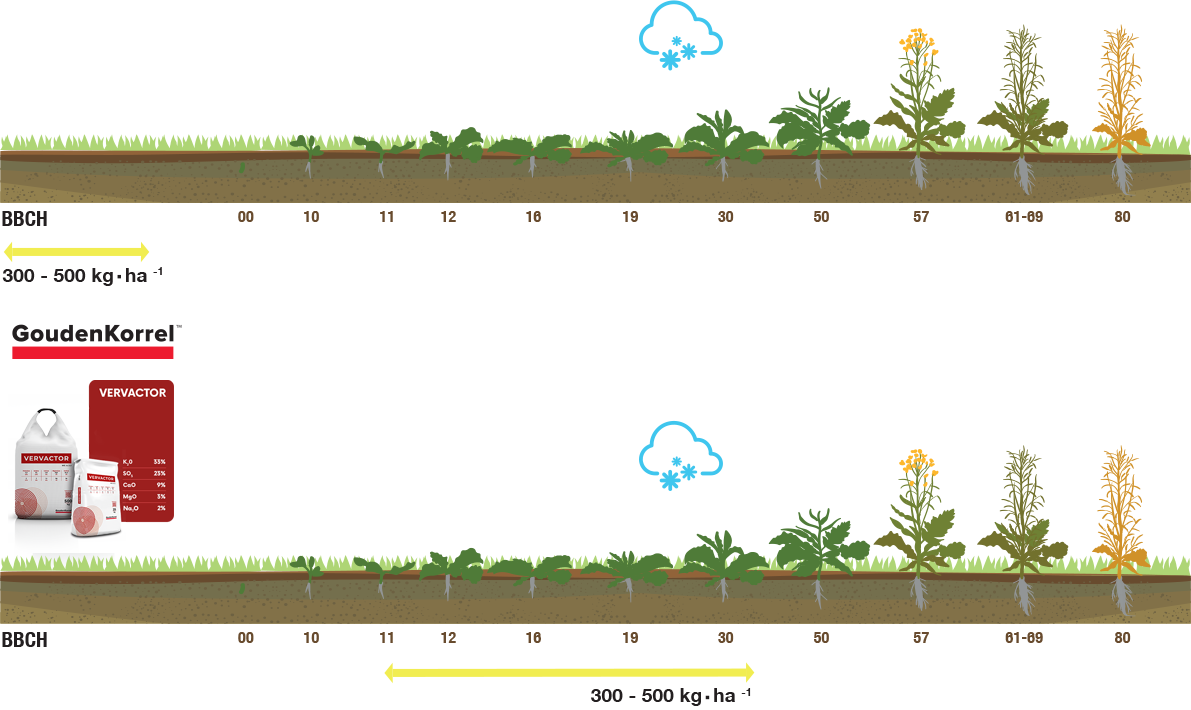